Minor in Arab and Muslim Ethnicities and Diasporas 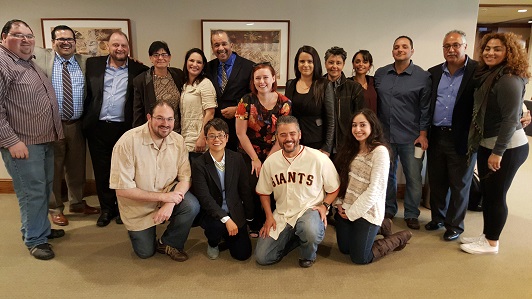 The AMED Studies minor consists of 15 unit credits of study. Only one third of the credits or no more than two courses can be taken credit/no credit for the minor. Students must have maintained at least a 2.0 grade point average in minor courses. Consistent with current University policy, courses for meeting the requirements of this minor, as appropriate, may be used simultaneously for meeting general education or credential requirements. Written declaration of the pursuit of the minor is not necessary prior to enrollment in any of its required or elective courses.

Students will be required to complete six units of required core courses and nine elective courses. To fulfill elective requirements, students must choose at least one course from each section; one of which must be upper division of 400 or higher. Up to three elective units can be chosen from within or outside the College of Ethnic Studies, upon advisement and approval from department chair. The program of study is composed of.

Must choose one from each section; one must be upper division of 400 or higher.

RRS/Arab 400 Islam and Fiction in English

RRS 375 Queer Arabs in the US (UD-Social Sciences; SJ)

Additional courses may be considered upon advisement.

Foreign Language Requirement: there will be no foreign language requirement

Community Service Learning: Choose any course listed in the minor with CSL option for 1 – 4 additional units.